Hosted by Amanda at Running With Spoons, Thinking Out Loud is a weekly celebration of quirks and randomness! An opportunity to take the pressure and stress out of writing by sharing whatever it is that happens to pop into your mind when you begin to type. A collection of random and disjoined thoughts, just because. Here's mine:

Dude. Just to get things rolling...and so you know who you're dealing with and where I'm coming from, there is nothing truer than this:


Unglamorous. Running is the farthest thing from being glamorous, despite the contrary title of my post. One of the reasons I like running is because there is no expensive gym membership or skill set required to become a runner.

This week I tried getting out for a run with 'just the essentials'. I'm sure this list varies from runner to runner, but mine were: running shorts, sports bra, shirt, compression calf sleeves, anklet socks and shoes. Seems basic enough, right? That's what I thought until my monkey mind started in:

'You better bring some Glide...don't want to chafe...'

'It's 80 degrees and you're already dehydrated. You should grab some coconut water.'

'The dogs need to get out. You should bring them, too. And their leashes, water and bowl...some poop bags...'

I swear that I go through these mental gymnastics over any decision I make, but particularly moreso with running. I feel like if I'm better prepared for any possible scenario, then I'm that much more likely to have an optimum experience. Going for a run with 'just the essentials' was an exercise (if you'll excuse the pun) in letting some of that go. I didn't even bring my phone, which is a huge win in that regard. Since I had errands afterward and the heat was a factor, I left the dogs at home and settled for two out of the three.

By the end of my run, I was a sweaty mess. I had disgusting gooey strings of saliva on my lips (seriously, what gives with that??), dirt and sunscreen in the creases of my inner arm, and despite the liberal application of Glide, I chafed anyway. ALL THE GLAMOUR.


Food finds. I do most of my shopping at Trader Joe's. Their produce isn't that great, so I usually pick up fresh fruits and veggies during the week. Last week I discovered their dried orange slices. Dude! They have a boatload of sugar, but I don't even care because they taste like my childhood. [I legit went to grade school with a girl named Krishna. Her mom was a beautiful hippy, and she made us candied orange peels almost every time I came over to their tiny house trailer.] 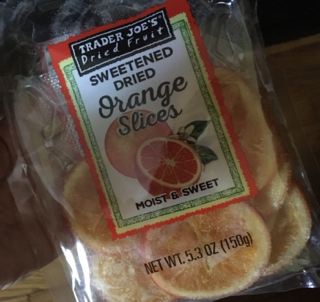 My second find was their sweet pickled jalapenos. The peppers are brined in a sugar and vinegar solution, and I seriously can't get enough of them. TJs has a reputation for suddenly discontinuing items without notice, so I may or may not have bought three jars the last time I was at the store, like some sort of crazy jalapeno hoarder. They're incredible on sandwiches and they were prominently featured last night in a layered taco salad. I'm going to try them on pizza next.


I'll end my post with a small tangent: the BlogGo app totally blows. I typed this post yesterday on my phone through the app, and it lost two-thirds of what I wrote. This is where I'd insert both the streaming tears and angry face emoji...but since I'm not on my phone, I'm severely limited to a colon and parenthesis :(

Do you like spicy food? What are some new food finds you're stoked about?
Posted by Babydoll at 11:17 AM No comments: Links to this post

In an effort to write more frequently, I came across this prompt from blogger Amanda at Running With Spoons. The concept of getting thoughts down isn't a new one but, after reading her post, the notion resonated with me.

For my first go, it's hardly deep and has already been hashed out to death...but it's been on my mind:

I had an account several years ago when it was a newish app, but I felt scummy about it; I read an article that the original intent of the platform was to send nude and lewd photos that supposedly 'disappeared' after the recipient opened them. I was disturbed by this since once a photo is out on the Internet, it's there forever. More recently, I heard a story on NPR about how young girls are bombarded with requests for 'noodz' from male classmates. As a parent of a teenage daughter, this is enormously disturbing.

While I'm sure a fair amount of that still takes place among consenting adults, it has evolve. It's a medium where I can have a quick interaction with my kids or catch a glimpse of a day in the life of musicians, actors or my fellow social media acquaintances. I freaking love Snapchat.

It's become my favorite social media platform because it's all the fun with none of the drama (I'm looking at you, Facebook). And the other social media sites (who will remain nameless but the first letter starts with Instagram) keep updating their app to the point where it's killed the fun.

WTH, Instagram?? First, the site is ruined by a ridiculous algorithm: instead if chronological posts, accounts appear in your feed based on what it 'thinks' you want to see. If that wasn't bad enough, IG created a Snapchat-style 'story' within the platform. Unless it has to do with animals or someone whose content I'm very interested in seeing, it's pretty ridiculous...especially when it comes to oversharers. Anything beyond 5 stories within one account is excessive and I'm skipping past it entirely. The final straw was changing to a GINORMOUS FONT with ads that 'stick' and don't let you easily scroll past. #lamesauce

Besides, who can compete with those filters and stickers? 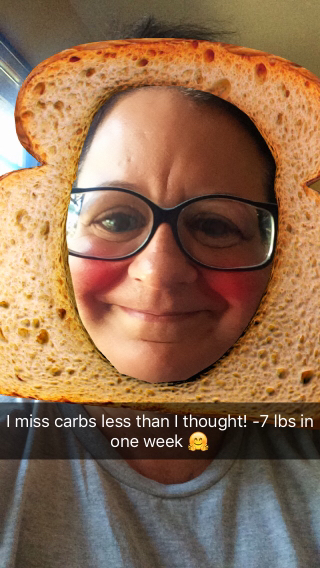 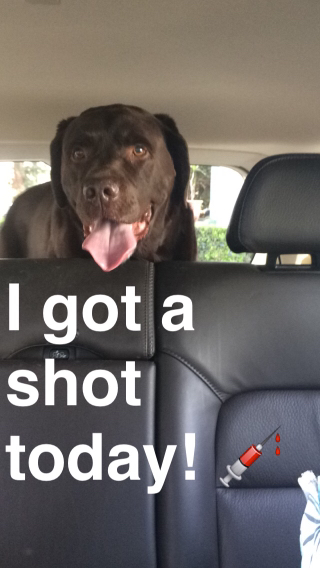 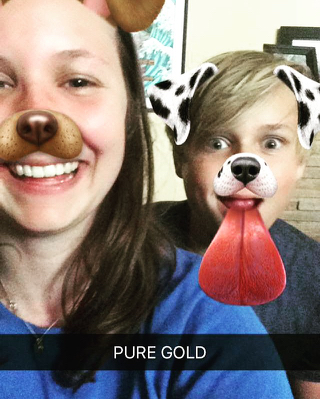 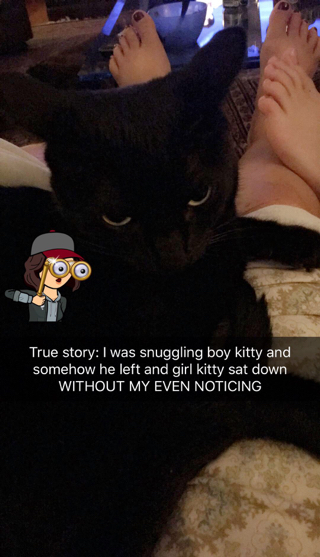 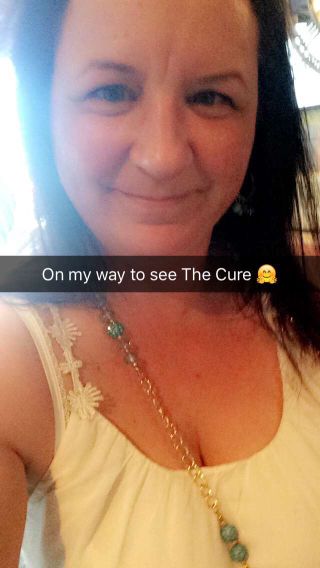 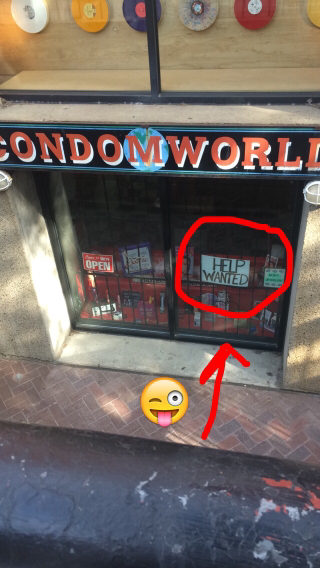 What is your favorite social media platform? If you like Instagram, what do you think of the changes?

Posted by Babydoll at 11:46 PM 6 comments: Links to this post

If Girls Ran The World

Disclaimer: I am partnering with FitApproach and If Girls Ran The World this October for a 'one of a kind adventure to collectively and virtually run around the world to benefit charities that empower girls globally.' 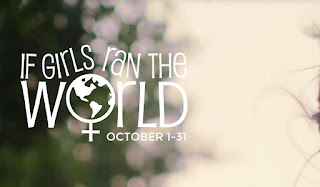 My daughter played club basketball beginning in 5th grade through junior high and high school, and her team was unable to find a court for their practices. The local Girls, Inc. offered our girls use of their court at their beautiful facility. The impact of providing the facility was far reaching and most of the girls, including my daughter, continued to play basketball throughout high school and several even into college. Working as a part of a team, our girls literally learned to think quickly on their feet and to act selflessly to benefit the team as a whole. It was invaluable life skills that my daughter carries with her today.

I am committing raise $250 and to run 50 miles in October, adding to the global goal of running 24,901 miles equalling the world's circumference. I'm inspired by the work of Girls, Inc. and wanted to support them by raising money as part of my participation in If Girls Ran the World. Please visit my fundraising page and help me support my goal. Any amount is appreciated!
Posted by Babydoll at 12:33 AM No comments: Links to this post